A Tale of Two Feasts

Thanksgiving, the gathering of foods and families that many of us look forward to year after year. Followed by Turkey Day, which is the Saturday following the traditional American holiday, as observed by My family and a few friends. While others are still picking over their left-overs, We proceed to make another whole Thanksgiving style meal. This works for us, since Thanksgiving is often done at other relatives houses and many have 2 or 3 gatherings to attend on the ‘Thursday of Fattening.’ Fortunately, just about every one in our extended family is a cook. There are a few chefs as well, so no matter who’s home You go to for the holidays, the food is always amazing! 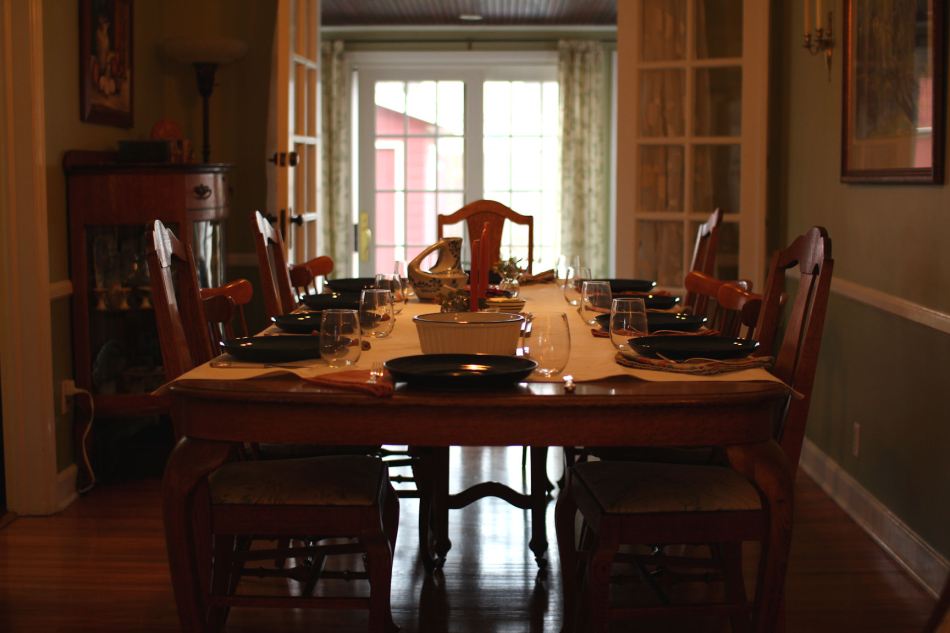 On Thursday, I woke up, plucked My second of the five lemons from My little tree and the one next to it dropped down into the pot below. So I brought two lemons with, as My contribution to the feast to be enjoyed. As such, We rounded up the immediate family and headed across town to My Aunt and Uncle’s, where We consumed a delicious meal. Anchored by a fresh turkey, as juicy and tender as can be, wonderfully done. Happily, They already had a bit of a citrus theme going. My Uncle rapidly applied one of the freshly picked lemons to the asparagus He had going, then placed nice, thin slices into water goblets, to be filled with sparkling water, using the last bits to garnish the asparagus. It went well with the sweet potato and pear casserole type thing and it’s very citrus laden flavor.

Among the rest of the meal, was a ginger, orange chutney sauce. A nice suprise, as I loathe the canned cranberry sauce so many of us encounter on such a day. This may have looked like something similar, I assume it had cranberry as well, but was so much more. Thanks, given. 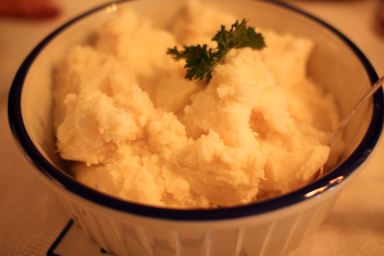 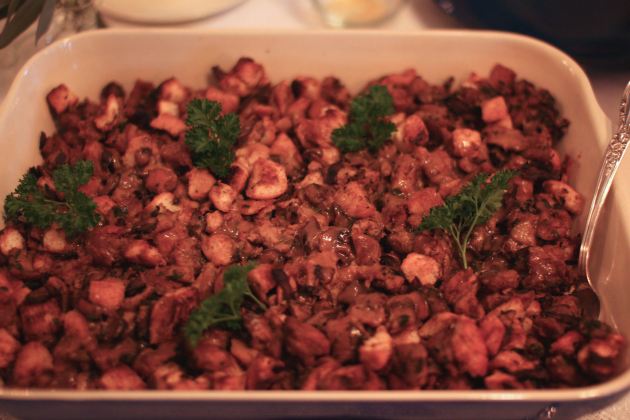 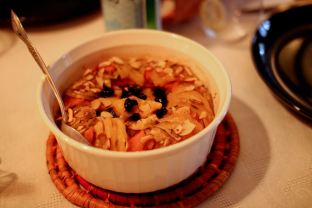 My Mom did all of the cooking for Turkey Day this year. Brining and then smoking the turkey, as has become the method for Us. Proper mashed potatoes, boiled, buttered and hand beaten to a chunky, but mashed state, skin on. Homemade gravy, thick and delicious, to tie everything together. The traditional green bean casserole, with crunchy fried onions atop of it. Along with one of Her best recipes, STUFFING, or dressing as some call it. Piles of intentionally stale, dry’ish wheat bread and cornbread, a mound of chopped mushrooms, onions and celery, many bowls worth of stock(or broth?) and several handfuls of herbs, mixed up and baked.. Then, two pies emerged, can’t leave with out a slice of that in My belly, right? Pumpkin, or apple? Both? Yeah, yummy stuff! 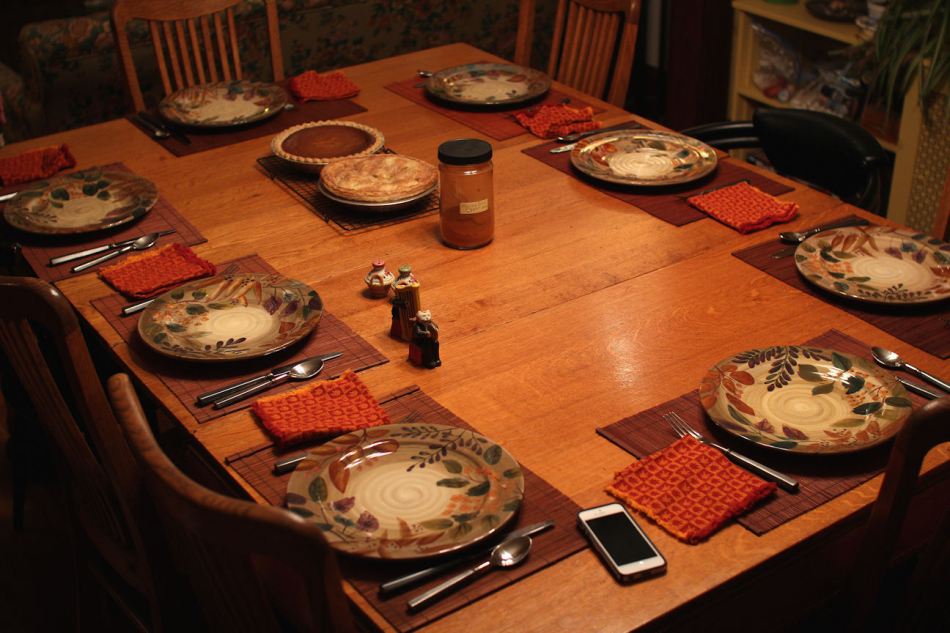 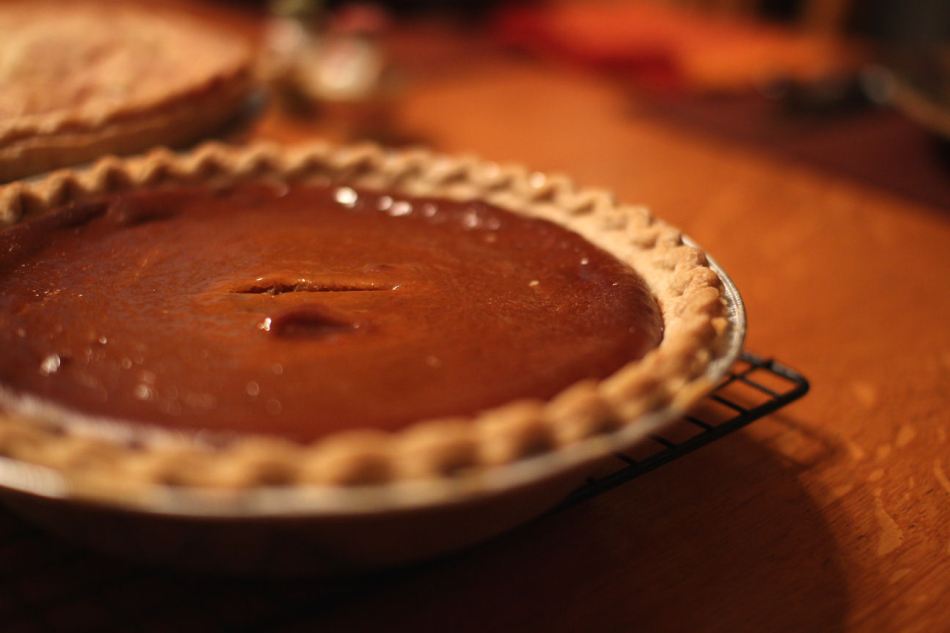