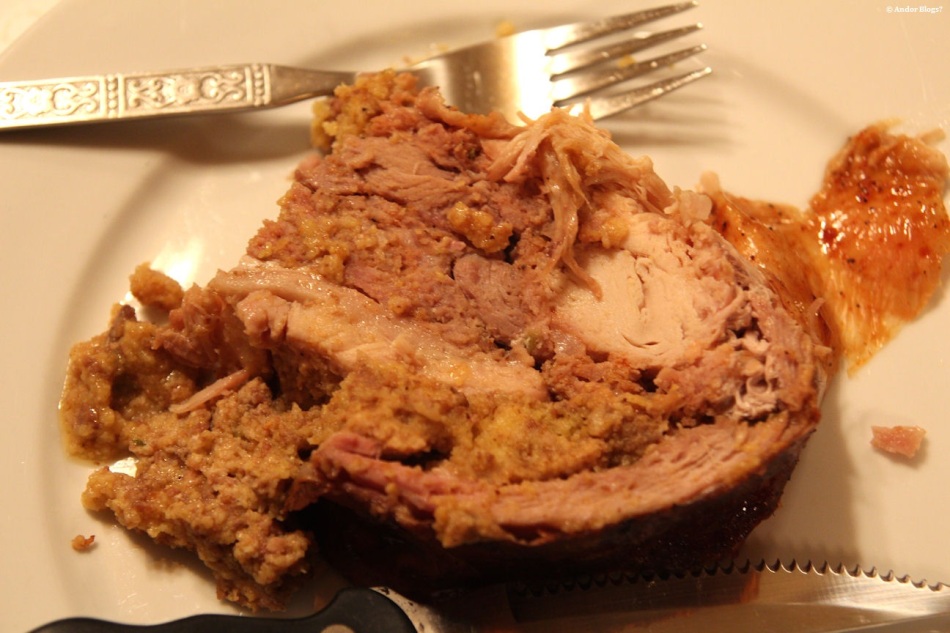 Turducken is one of those things You hear about in an almost mythical fashion. A bird, stuffed into another type of bird, then shoved inside yet another kind of bird, with sausage and dressing packed between the layers. Sounds rediculous! Yet amazing! How ever does one end up creating such a thing? Thanks to those people that did…

Over the years, I have looked at recipes and methods online, even found some web sites that will sell You a ready to cook turducken. Considering what to cook for the upcoming holiday feast, this legendary dish kept coming to mind. So, for My first rendezvous with it, I oredered up a small, pre-made turducken. Having browsed many sites, I settled on Herbert’s Specialty Meats, which appears to be a cajun grocer of some variety. After browsing their dozen or so stuffing options, I opted to go with the “traditional” pork sausage and cornbread dressing. A wise choice.

Keeping with the theme, it arrived in a box, which had a foam box inside of it, containing a bag with a bit of dry ice and, another box. Happily, this last of the boxes contained a 10 or 12 pound turducken, residing inside a vacuum sealed bag. It appeared to be heavily seasoned on the outside, this however, was not the case. Once cooked, I sliced it in half and carved up one side of the meaty mass. It was quite delicious, but very bland in it’s seasoning. This did allow us to taste each different type of meat as We devoured the thick chunks I had sliced off of it. I will be serving this on xmas for sure! I think the flavors will have to be added to though. Maybe a sherry and cajun spice injection will boost the experience up another notch. My brother suggested a garlic and butter injection, perhaps both are in order… Two small turduckens should make a fine holiday treat. What a spectacle of food, this, turducken! 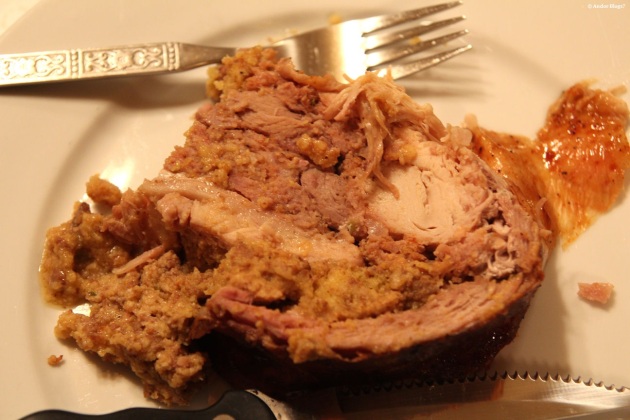 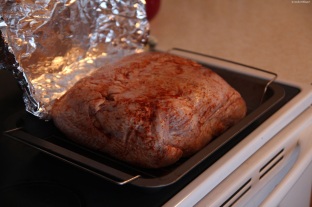 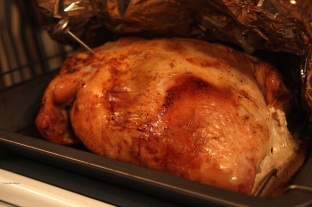 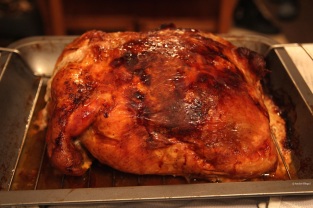 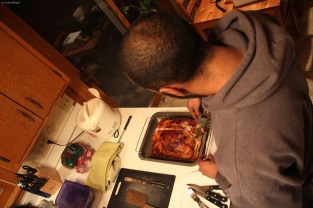 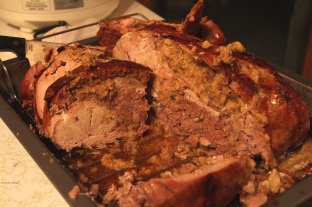