Cooking in the Twilight Hours

I often find Myself cooking between two and four in the morning. Not sure why, but this is when the proliferation of stir-fried creations tends to happen. In this case, a very simple set of ingredients lead to yet another delicious meal. Chicken in a salty caramel sauce, lightly fried veggies, caramelized onions and peppercorn rice. The chicken is a bit of a rip on a Vietnamese style Ga Kho, or as most of us call it, hot and spicy chicken. I simply omitted the fish sauce, lemongrass and ginger instead using seasoned salt. The rice was quite nice. It’s subtle, like sushi rice, until You bite on a peppercorn. If You use white pepper, it will be quite spicy. Other varieties emit a mild peppery flavor, but most of the bite dissipates while cooking. The onions took Me three hours to get to that amazingly sweet, gooey texture. If You skip that part however, this meal can be prepared and cooked in thirty to fourty-five minutes. Even faster if You make the chicken in one pan and the veggies in another.

For starters, chop up 2 medium to large onions and cook over low heat until caramalized and set aside. Don’t worry if it looks like a lot when You start, they will be dramatically reduced as You cook. This can take hours, but it is so worth it.

In Your rice cooker, or pot, add 1 cup of rice and 1 tbsp whole peppercorns, mix until the pepper is evenly dispersed. Then add 1.5 cups of water and 1 tsp of rice vinegar. Mix thoroughly and cook until the rice has reached Your desired texture.

While the rice is cooking, thinly slice a medium sized carrot and fry over medium heat to Your liking and remove from the pan. Then, stir fry 1 cup of brocolli with 1 cloves worth of minced garlic and a splash of soy sauce. Once finished, remove from the pan and wipe it clean.

Now, over high heat, stir fry 2 chopped up chicken thighs with 1 tsp rice vinegar, half a tbsp of lowry’s seasoned salt and 2 tbsp(or more!) of brown sugar. Cook until You have a thick brown caramel glaze and You are done. Enjoy! 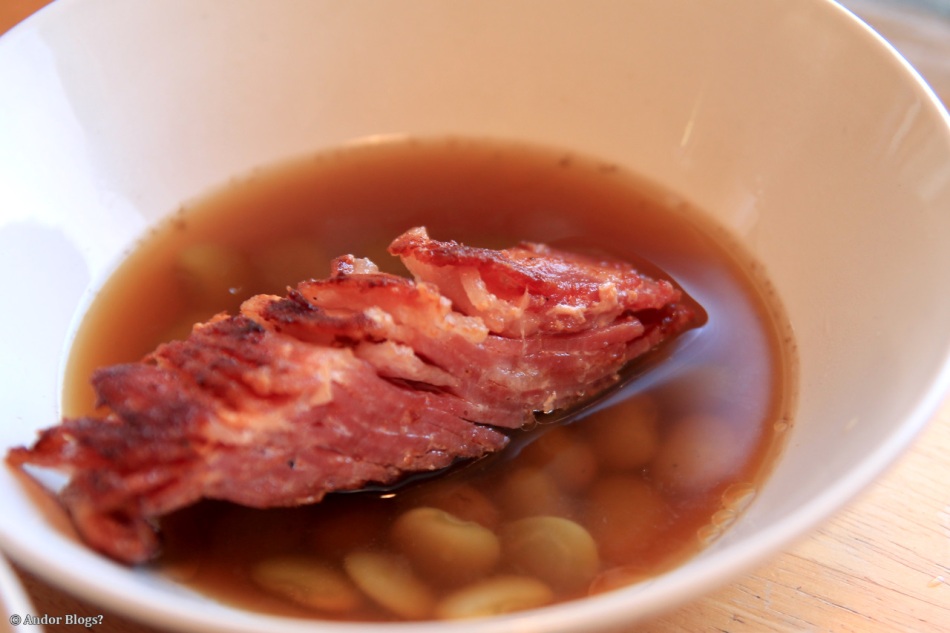 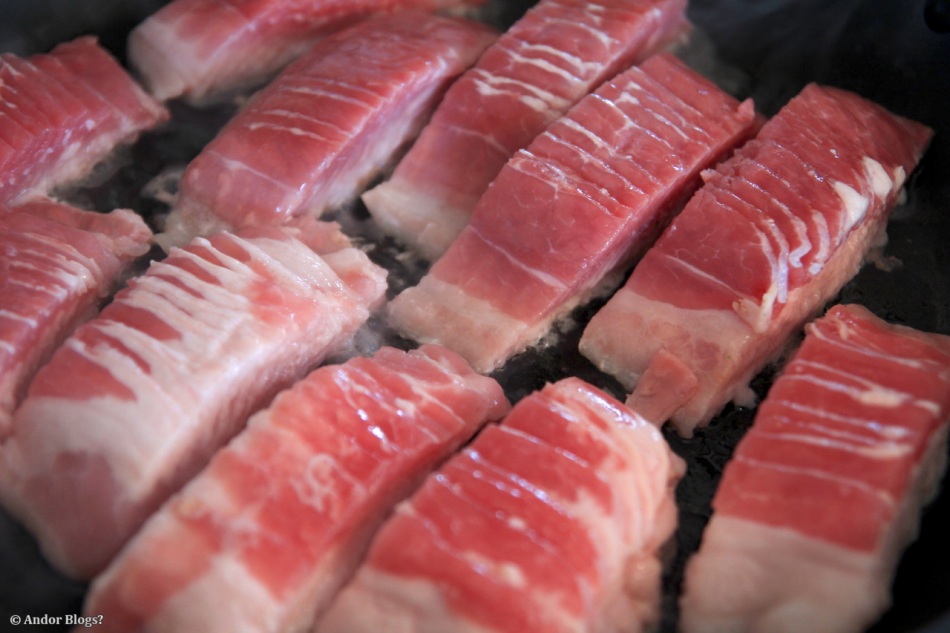 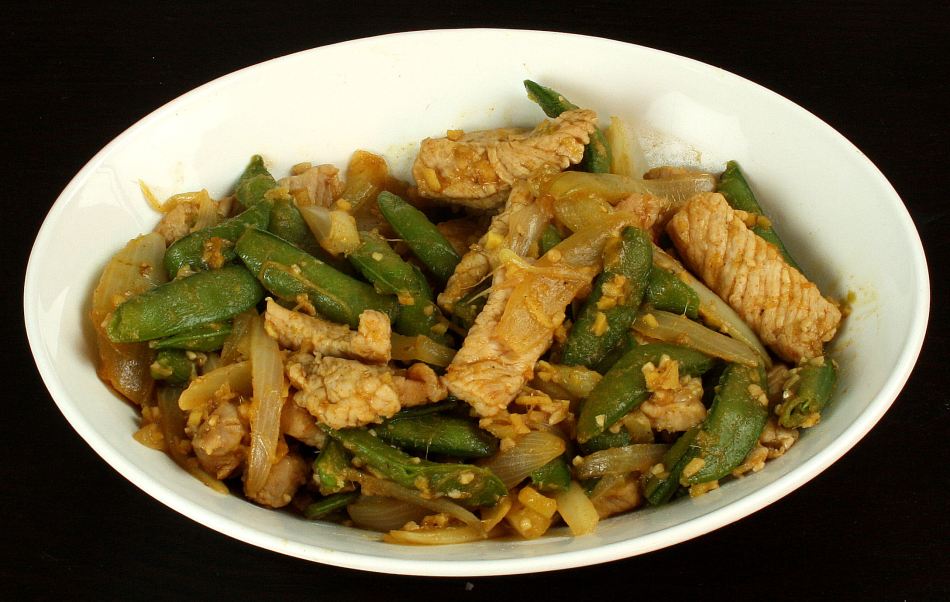 This is a particularly versatile flavor combination. Over the years, I have used it on cuts of pork from ribs, to tenderloin. I have also used it for marinating whole chickens prior to smoking them, as well as chicken stir fries and with veggie and shrimp dishes. It’s always a hit! The bitter punch of the time tested ginger/lemongrass match up, balanced by savory, salty and sweet elements, creates a lovely experience which is sure to satisfy the taste buds of all who consume it. Having done no research, I just assume this marinade was devised in China. It is pretty close to many common ‘bbq’ and ‘Sweet and Sour’ pork recipes found in south-east asia. I’m listing it as a stir-fry recipe, but the marinade is suited to nearly any cooking method one may choose. Eat this recipe with rice, or try serving it over a baked potato! Serves 4.

1.5 pounds of pork tenderloin, or de-boned chops, sliced into thin strips
1 large onion, chopped to Your liking
Half a bag or more of frozen sugar snap peas
3 tbsp of fresh ginger root, minced
2 tbsp of garlic, minced
6 inches or so of fresh lemongrass, at least half an inch thick, cut into 2 or 3 pieces
4 tbsp of cooking sherry
2-3 tbsp of soy sauce
1-2 tbsp ketchup
2 tbsp of sugar
1 tbsp mild chili pepper powder
Freshly ground pepper to taste

Mix all but the peas and onion together in a resealable bag, or large mixing bowl. Let it sit for at least 20 minutes, allowing it to marinate over night will deliver the best flavor. Heat Your pan on high and put ALL the ingredients in. Stir fry until the meat and onion are cooked and the liquids thicken up into a sauce. Remove from heat, discard the lemongrass chunks and serve.

Don’t worry if You can’t get high enough heat to thicken the sauce in the time it takes for the other ingredients to cook. Just soak it up with some rice or bread, or remove everything else from the pan and cook the sauce til it’s thickened then mix everything back together.

Hot chili sauce is a great replacement for ketchup in this recipe too.